Is it off-putting when a gospel singer offers support to Donald Trump or other political leaders?

The recently ended US elections will probably go down as one of the most polarised elections in modern US history. The deep divisions across the nation were brought to the fore, revealing the degree of brokenness within society.  If ever there was a time for the church to stand united and shine her light ever so brightly, that time would probably be now yea alas. Embarrassingly, our denominational mud-sling matches have become public spectacles for the world to view.

I do wonder what the great cloud of witnesses referred to in Hebrews 12:1 would make of things. I imagine Apostle Paul’s letter reading somewhat like this ‘…To the church in the West. I hear that there are divisions amongst you, some say I am for Trump others say I am for Biden. Is Christ divided? Was Trump crucified for you? Or were you baptised in the name of Biden? Now I plead with you, brethren by the name of our Lord Jesus Christ that you all speak the same thing, and that there be no divisions among you. The grace of our Lord Jesus Christ be with you all. Amen’

Whichever side of the divide your allegiance lies, there is no denying that Trump is the central polarising figure. Most Trump-supporting church leaders haven’t yet experienced a mass exodus of church members, neither have CCM artists such as Bethel music’s Brian & Jenn Johnson or Michael W Smith, seen a downturn in consumer support. Quite the contrary though for gospel artist turned weight loss guru - Vicki Yohe, and Mary Mary’s - Tina Campbell.

At the height of her career in the late 90’s to early 2000’s, Vicki Yohe was a well sought-after gospel artist within the black church community and a regular on TBN’s ‘Praise the Lord’. Her infamous meme of a white Jesus carrying suitcases and captioned - ‘on my way back to the white house’, posted after Trump's 2016 victory, was enough to alienate her loyal black gospel fanbase. A few scandals followed and her fate was sealed. The black community ‘cancelled’ her. Low ticket sales led to the cancellation of Tina Campbell's 2018 ‘Its Personal’ tour. Media outlets such as BET speculated that her public admission of support for Trump was the main driver for this. Most recently, gospel royalty Cece Winans was embroiled in a scandal over her role in a Trump related Coronavirus advert. Black twitter was angry, and her fans were in an uproar, leaving Cece no choice than to release a video statement clarifying her position. This was followed up with a damage control Instagram live interview with Dr A R Bernard.

There does seem to be a clear double standard here. The gospel fraternity are quick to call its own to account yet more tolerant with the CCM brethren. Shouldn’t we extend more grace to our own or do we expect them to know better? 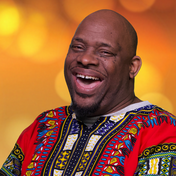 The events that unfolded in Washington this week have left the... END_OF_DOCUMENT_TOKEN_TO_BE_REPLACED

"Those Who Supported Trump Were False Prophets" Says Deitrick Haddon

The inauguration of Joe Biden is today (20th January 2021) and... END_OF_DOCUMENT_TOKEN_TO_BE_REPLACED

America and the world at large heaved a sigh of relief on inauguration... END_OF_DOCUMENT_TOKEN_TO_BE_REPLACED

Cece Winans "My son couldn't wait to get away from home"

The Sound of Gospel
From the classic gospel choirs of America to the urban sounds... END_OF_DOCUMENT_TOKEN_TO_BE_REPLACED

The Gospel Selection
From the classic gospel choirs of America to the urban sounds... END_OF_DOCUMENT_TOKEN_TO_BE_REPLACED