Donnie McClurkin has been a household name for over 3 decades. His Live In London album recorded at the Fairfield Halls in Croydon was a breakthrough album for him, catapulting him to global notoriety and he hasn’t looked back.

Premier Gospel and New Wine Church are proud to be sponsors of this landmark event.

Get your tickets to join DONNIE in LONDON as he marks the 20th anniversary of the iconic LIVE IN LONDON album - no place else, but right here in London! 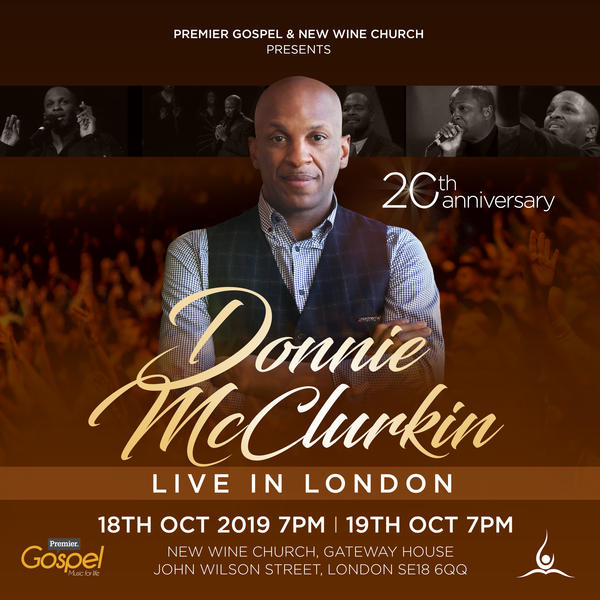 Donnie McClurkin caused a stir at the 2016 Stellar awards when... END_OF_DOCUMENT_TOKEN_TO_BE_REPLACED

The world’s largest gospel concert returns for its fifteenth... END_OF_DOCUMENT_TOKEN_TO_BE_REPLACED

Cece Winans "My son couldn't wait to get away from home"

Premier Gospel’s 2019 Artist of the Year – CalledOut Music, nominated for a MOBO award

Reggae Vibes
From dancehall to roots, Belinda brings you a flavour of the... END_OF_DOCUMENT_TOKEN_TO_BE_REPLACED